“It’s the Most Wonderful Time of the Year” 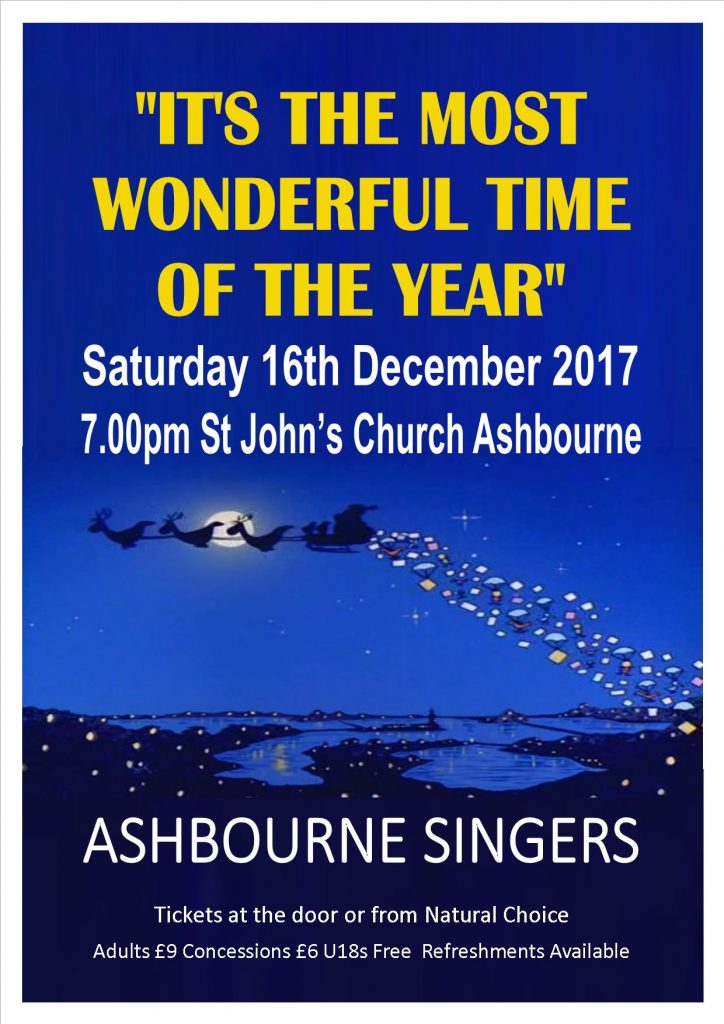 The beautifully harmonised voices of the small group singing “Love Came Down at Christmas” in the dark at the rear of the church set a calming mood which was swiftly lifted by an upbeat and enthusiastic rendition of “Deck the Hall” by the whole choir.

Steve Duckworth is a big fan of Bob Chilcott and his version of the traditional carol “O Little Town” was beautifully sung with an effective opening solo from Paul Flint.  “I Saw a Stable” by Alan Bullard is a gem of a piece, so simple and effective, it’s what Christmas should be about and you could tell the Singers felt that too.

“Past Three O’Clock” the traditional English Carol is a favourite with many choirs with its catchy refrain, enthusiastically sung by the Singers; you could almost hear the clock ticking and the frosty morning was something we have all experienced lately!

“Away in a Manger” strikes a sentimental chord with everyone, whether remembering singing it as a child or hearing children sing it today.  The Bob Chilcott (yes it’s him again) arrangement of the American Tune is a favourite of the Singers, the Young Singers sang the verse before the whole choir joined in, wrapping us all in a nice warm blanket of sound.

The Christingle Song “Hope of Heaven” by Mark and Helen Johnson – oranges stuck with sweets on sticks could not have made this rendition by the Young Singers any better.

Sometimes a carol comes along that just hits a chord with everyone with its simplicity and magic; “Good Enough for Him” by Peter Chesters is one such song and you could tell that the Singers loved singing it and Josh Short on piano was in his element with bluesy piano riffs. 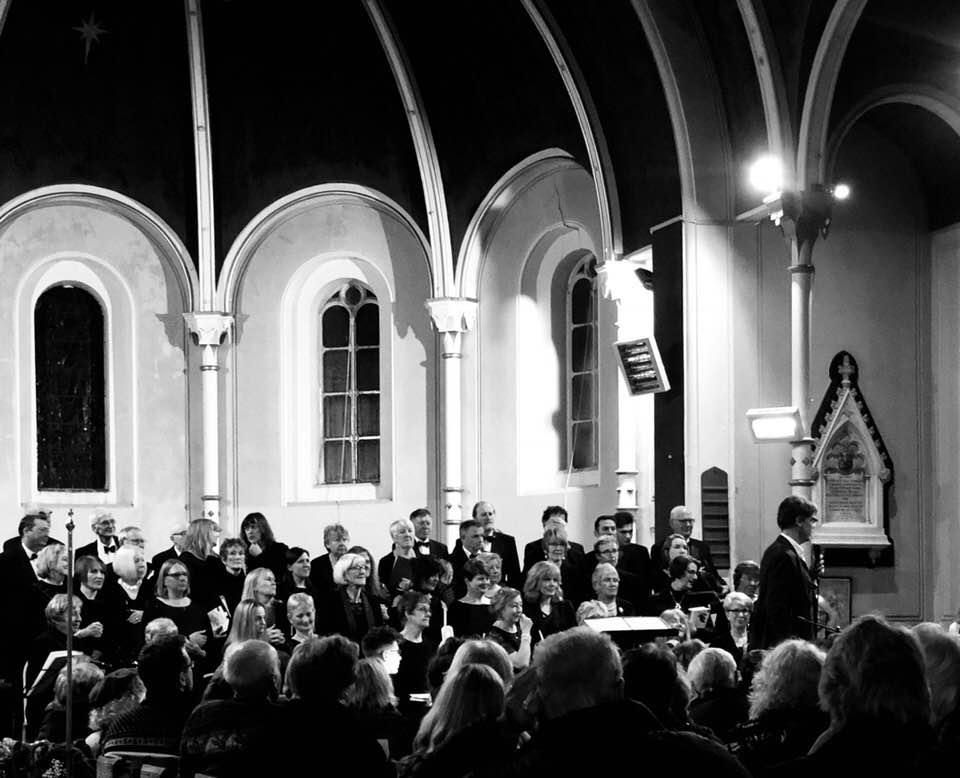 Harold Darke’s “In the Bleak Midwinter” with lovely solos by Elizabeth Chapman and Dan Evans continued the appropriate winter’s theme and was followed by another Bob Chilcott composition “The Marvellous Birth”.  John Rutter’s signature arrangement of “For the Beauty of the Earth” finished the first half and mulled wine and mince pies were eagerly consumed in the interval.

Before the Singers had even arrived for the second half Steve was rehearsing the audience for the ever popular sing-a-long of the “Twelve Days of Christmas” complete with animations and a really excited Young Singers!   Before everyone could even catch their breath the Singers were off again with “Ding Dong Merrily on High” and the madrigal “Fa Una Canzona” with its soporific refrain, then back to Christmas with David Willcocks’ arrangement of “Sussex Carol”.

An enthusiastic rendition of songs from “Frozen” was performed by the Young Singers with solos from Sam Reed, Jessica Duckworth, Amy Hargreaves and Amelia Banks.  “It’s the Most Wonderful Time of the Year” followed, (it’s a bit worrying, for some of us, that it was 54 years ago that we watched Andy Williams first sing this on his Christmas TV Show).

Eyam is one of the villages in the Peak District noted for the singing of traditional carols including a version of “Hark the Herald Angels Sing” set to a four-part tune known as the “Curly Hark”.  The Singers got to grips with this and another Derbyshire Carol “Merry Christmas” to great effect.

The concert finished with the sentimental “Have Yourself a Merry Little Christmas” a song written by Hugh Martin and Ralph Blane and originally sung by Judy Garland in the 1944 MGM musical Meet Me in St. Louis.

This concert was just the tonic for a cold December evening sending everyone home with a warm glow. 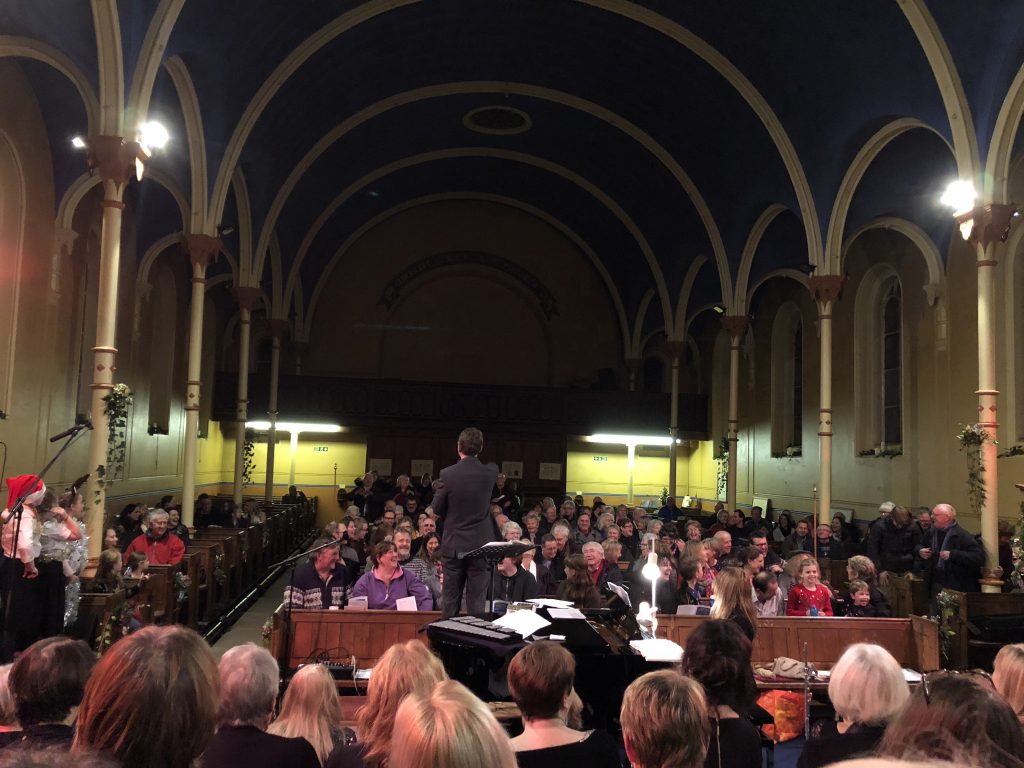