A Wonderful Evening of Music

The Ashbourne Singers, joined by an orchestra formed from local instrumentalists, enjoyed delivering a wonderful evening of music in the glorious setting of St. Oswald’s Church, Ashbourne for the Mayor’s “Help for Heroes” Charity Concert. The choir comprised of more than sixty adults, over twenty children and were accompanied by resident pianists, Sophie Freeman and Josh Short, Organist Michael Halls and a ‘scratch’ orchestra of thirty local musicians who came together to perform for us on the day.

The evening was very moving; – carefully chosen music was interspersed with readings delivered by members of the choir, written by people directly affected by current day conflicts.

“I hope the evening had something in it for everyone to enjoy. It was very important to me to create a musical journey that reflects and supports the kind of issues a modern day charity like ‘Help for Heroes’ faces and addresses. From Elgar to Madness, every piece had its place, in my mind at least. It has to be said our pinnacle work was the Fauré’s Requiem – surrounding it with several contemporary pieces which involved the orchestra and a 3 piece rock band, was risky and something one might not expect, but it seemed to work. I am particularly pleased the Requiem received such high appraise from the audience. The whole choir worked extremely hard throughout the term to deliver the evening. I am very proud of what the choir have achieved. I am also very grateful for all the support we have had from the musicians in the orchestra and band in order to realise my vision.” – Steve Duckworth

Letter of Thanks from Mayor Councillor Sandra Spencer

Back in December 2014 the Mayor, Sandra Spencer asked Steve Duckworth if he would be interested in putting on a concert to raise funds for her favourite charity, ‘Help for Heroes’.

Since then, along with the Ashbourne Singers, the Young Ashbourne Singers and accomplished instrumentalists, he has worked tirelessly to put on what can only be described as a fantastic show.

This show was very well attended and everyone enjoyed what can only be described as a fantastic evening. The programme combined a contemporary feel with the poignancy of a larger classical work and included music from Edward Elgar right through to John Denver and the Beatles.

The evening was a smash hit with everyone and reflected the very hard work and dedication from Steve Duckworth who not only practiced both Adult and Young Ashbourne Singers, but also scored the music for the orchestra.

The Mayor Sandra Spencer and consort Martin Spencer wish to thank all the musicians and singers for their hard work in helping raise in excess of £1100 for the ‘Help for Heroes’ and of course the many members of the public who attended.” 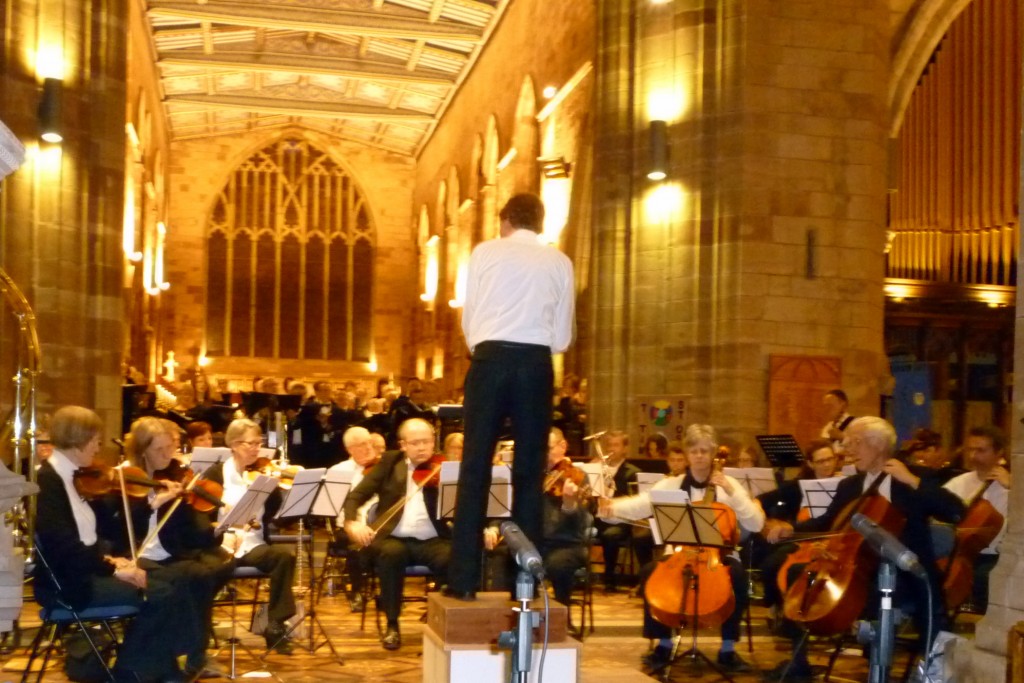 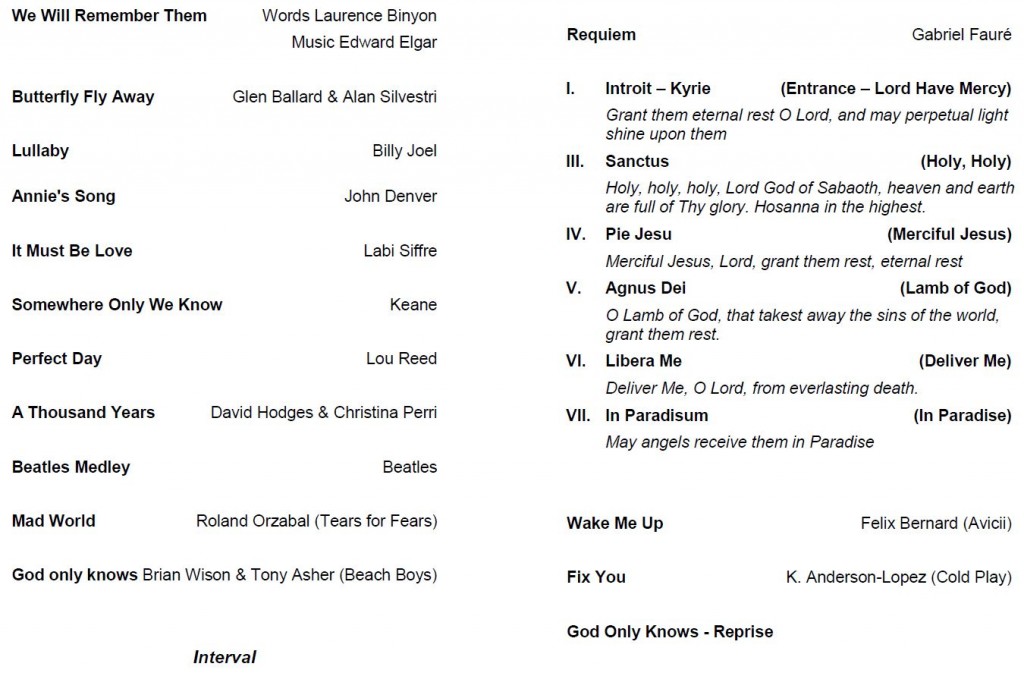 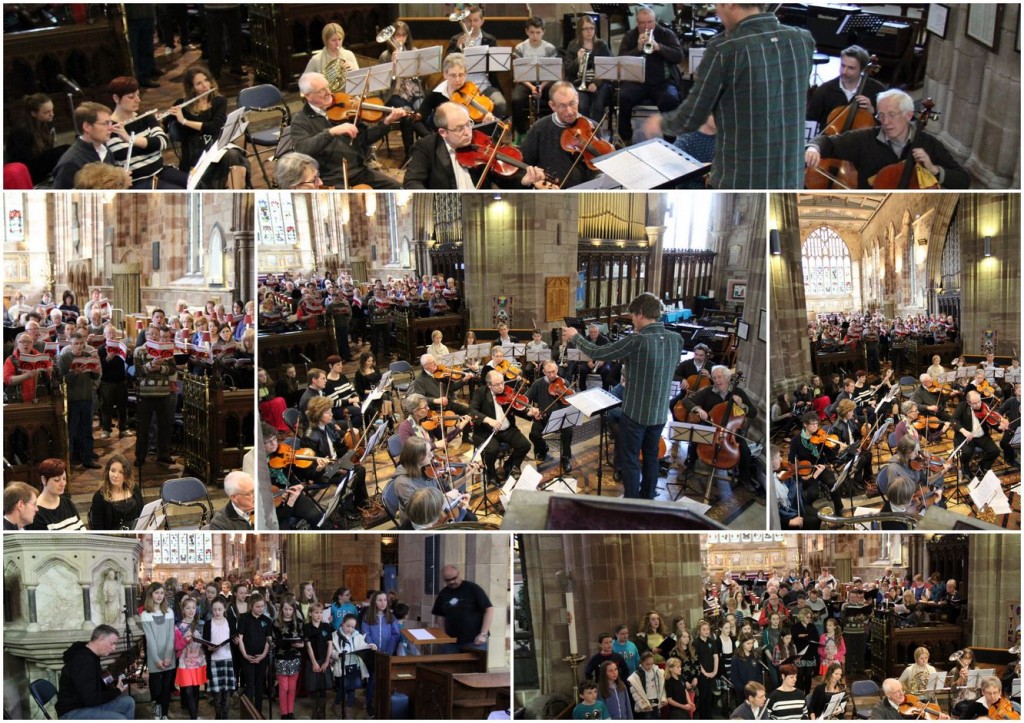