YAS performed its first concert with children from the Royal School for the Deaf, in St. John’s church, when they sang and signed together. Phil Chell, Ashbourne’s mayor encouraged Linda to combine the skills of the two groups, as the RSD was his chosen group for support during his year in office. 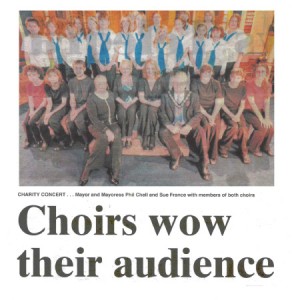